Coaches who work in this industry very seldom have an attitude of accepting average outcomes. I personally have a mantra that states “If better is possible, then good is not good enough.” I understand the open ended dissatisfaction with a statement like that, but I have always felt that our job, as coaches, is to demand that an athlete push their level of potential as high as it is able to go. Our job, I feel, is to encourage them to always reach higher.

Perfectionism in its pure form can become an unhealthy pursuit of ever elusive excellence. An athlete, left alone in that pursuit may develop self-doubts and a heartfelt fear of not attaining a coach, a judge, or a parent’s approval. An athlete left to navigate these emotional waters unaided can be subject to anxiety and depression. To be sure we provide enough support for these children we must take a position of acting as the reality monitor. Even in our demand for perfection we need to share that sometimes good is good enough. We need to be able to take the weight of never being good enough from their shoulders.

There are somethings that apply to these athletes that don’t always apply to the average kid. Knowing these behaviors or beliefs can help us be most effective for our athletes. 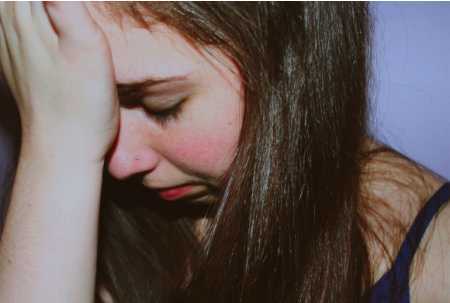 A perfectionist takes everything to heart

These kids are feeling that they didn’t perform well. When a comment that is intended to be light-hearted is made, it affirms imperfection. They will see it as a derogatory attack that indicates dissatisfaction on the coach or parent’s part. They are also very adept at labeling compliments as condescension. Comments like “it wasn’t that bad” will be heard as “it was bad.”  We need to avoid blanket statements and instead point out the areas that were positive. “I liked the shape on that layout, that’s what I was looking for, well done.”  Granted, this conversation will continue as they invite you to pick apart the performance. But rest assured that what you compliment will get repeated. Coaches and parents should affirm the positives and save corrections until later.

Over-effort is the way a perfectionist works

Our perfectionist athletes will ask for “one-more” chance to make it better, or to do a private lesson for that part of the routine that just doesn’t feel perfect. The coach needs to set these boundaries. We love to see our kids hungry to learn and do more, but we have to take into consideration that fatigue plays a factor. Frustration depletes focus. And, my favorite, allowing tired and frustrated performance will only reinforce poor execution. The coach needs to keep all of this in mind so that the athlete’s efforts don’t deliver the opposite effect.

A Perfectionist believes that if better is possible, than good is not good enough

They will look back as far as a few days to focus on the one or two reps that were positive, in comparison they’ll find fault in their current effort. This comparison is often very short-sighted.

As a coach I will explain that the new skill was done better previously because there was less thinking. I use this process as an opportunity to explain that over-analysis slows progress. Another opportunity for the coach is to reintroduce a status check that goes further back. “Do you remember what we were working on this time last year?” This can supersede the doubts and even provide a positive footing to restart the effort from a happier position.

A perfectionist will sweat the small stuff

Things that we consider trivial can be monumental for some kids. I had a gymnast once who had an awful meet because she was sure that her hair wasn’t pulled back correctly and it would affect her score. In situations where the focus becomes so clouded by minutia our job is to provide scripted thinking. Reviewing performance cues, or making detailed corrections that require the athlete to focus can derail the obsessive negative focus on minor details.

Perfectionists feel at home when the heat is on

For this reason you will find that perfectionists will put things off as long as possible. They like performing under pressure, so waiting to start that term paper until the day before it’s due is not unusual.

Often they will claim that they are waiting until they feel that they really “understand” the project, but in the end it’s the pressure to complete the task with which they can identify. This also leads to feeling that, because of the pressure and time crunch, that they didn’t do their best work. In this situation we need to do frequent progress checks and encourage them to do the project in smaller chunks, then do final revisions under the pressure they are seeking.

A perfectionist sees themselves as lazy

Often they see a list of things that need to be done. They spend so much time and effort on the first item that they don’t get to address items 2-5. They then come to believe that they must not be working hard enough. This again I have seen manifested in the gym when an athlete works one skill for an entire event rotation and leaves no time for other skill work. As a coach we need to be aware of the time spent and guide them in distributing time to work on other skills. With these kids I will often give them time allotments rather than performed criteria. Rather than say do 10 good cartwheels I will say, work cartwheels for 5 minutes then dismounts for 10 minutes, etc.

You cannot criticize a perfectionist more than they criticize themselves

Most often these are the kids who land a skill and immediately turn to you and say something like “I threw my head back didn’t I?” before you can say anything. They will be quick to reprimand themselves so that other don’t have too. In fact, they will see it as piling on if you load more criticism on top of their own. To avoid this you may need to clarify exactly what you are looking for. When they throw a question like the one above, I will respond with something like “I am looking at your hand placement first. I need to see you do that next time before I worry about anything else.”  As a coach we need to be able to steer the direction of the correction because often times their self-criticism will be imagined just so they have something critical to say. Don’t allow that to happen.

They will be thinking that doing this new thing, or creative application might not work out perfectly and so, it’s not worth doing. They would rather spend more time perfecting the old skills. Perfectionist kids will need to be led into learning new skills because they don’t want to do them wrong and make you, or their mom, unhappy.  Again, the coach will need to dictate the definition of success. “If you catch one, I will be happy…. Great you caught the bar on the release skill, now I want to see you tap into the swing a little bigger.” This way the child has defined success points but still realize that they are learning a skill. Remember that learning is almost always an unattractive process, and that’s OK.

As the adults in these scenarios we must always be aware that we can control the pace and outcome of any perfectionist child’s effort. We can re-frame comments to be more constructive and positive and offer encouragement rather than letting them feel that they are somehow imperfect. Though we know that their imperfection is what endears them to us, they will feel that it is what devalues them. These are children and we hold the key to whether they are pleased with themselves or not, that is a position of great responsibility. Don’t take it lightly.