Last weekend, May 16-17, The Gymfinity Tumble and Trampoline team travelled to Bloomington IL and Illinois State University to compete in the Wisconsin State Amateur Athletic Union Championship.  Wisconsin does not have enough teams in-state to host our own meet, so our teams travel to Illinois and piggy-back on their championship weekend.

Gymfinity Athletes dominated the podium during the competition taking numerous places and receiving high honors for the team as a whole. Coach Scott Nilles reported back on Saturday night to get the results posted immediately on Twitter. “It was a very successful meet” said Nilles, “the team did very well and had a lot of fun, which is the most meaningful part of the competition.” Nilles, in his second year as head coach has seen the team numbers steady but the scores rise consistently.  “The team is ready to start growing again, we are ready for new skill development in the summer and adding many new kids into the program. Summer is always a great time.”

At the competition Senior most team member (13 year old) Steven Queoff placed 3rd on Trampoline, 5th on floor and was crowned State Champion on the double mini trampoline event. His sister Kirstin (11 years old) took 9th on trampoline, 7th on double mini and 3rd on floor. Team mate Danny “Whiskers” Keyes wound up 4th on Floor, and was crowned champion on Double Mini Tramp and Trampoline as a 11 year old. The rest of the team did not compete that weekend but stayed glued to their phones for text message updates of how their team was doing.  J. Orkowski (Gymfinity Owner) said “The team has really made us proud. These kids have been working so hard and they deserve the recognition they got.” 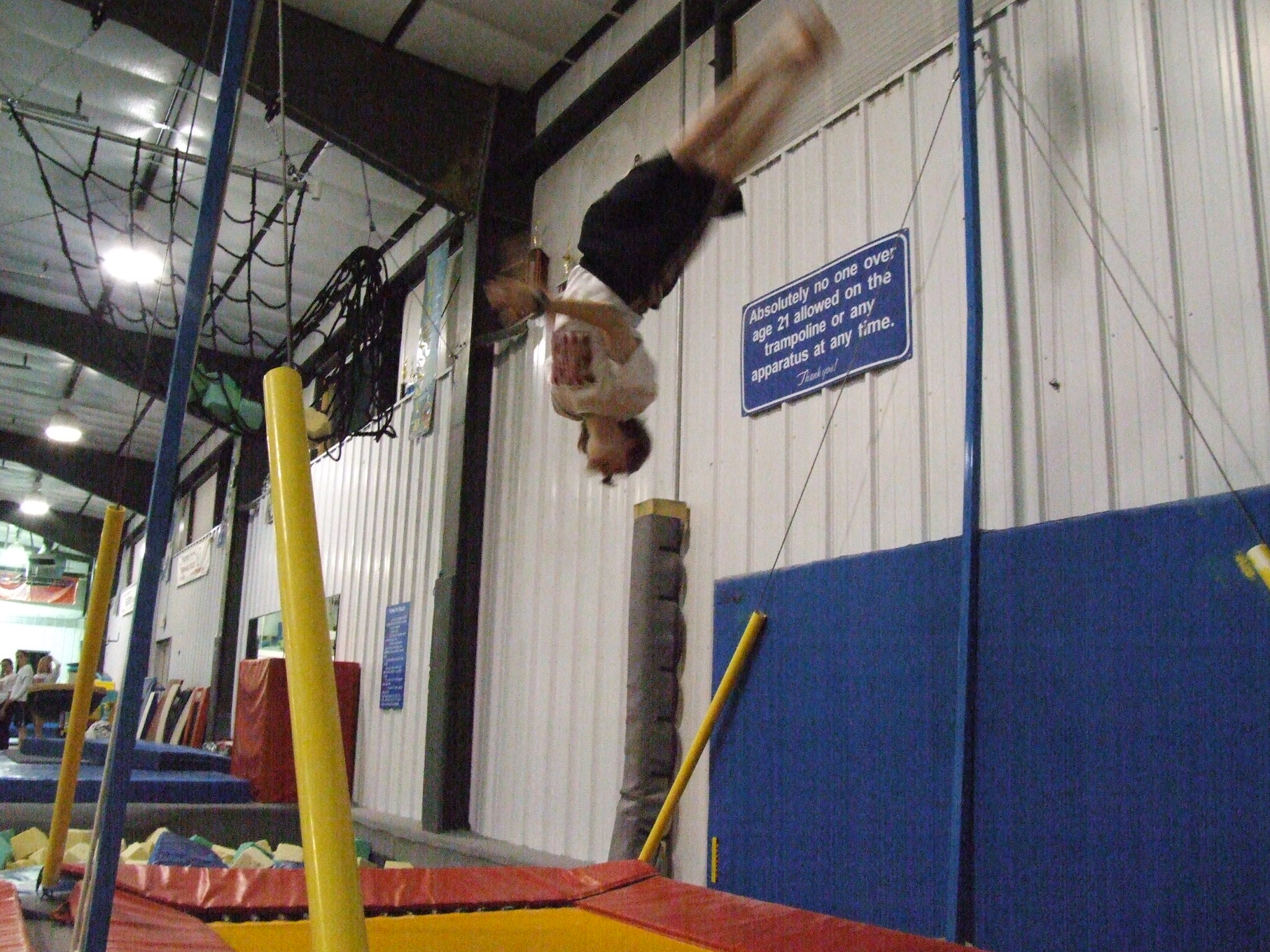 Steven Queoff trains on the trampoline

Gymfinity will offer it’s first ever TnT camp this summer. June 17th will be a one day TnTtraining camp for advanced kids but for beginners as well.  “We would love to have any kids interested come and check it out” says coach Scott “They all get a chance to train withthe champions.”  Parent’s mark your calendars and check in on registration as space is limited. Camp is only $60 per child (family discounts apply) or $50 if they are registered for the month of June.  Call 848-Flip for more information or to reserve your spot, or register for the camp.  You can also get more information on Gymfinity’s website at https://gymfinity.comsee, Gymfinity camps: Flip Camp 2009.