Two weeks ago we had the misfortune of losing one of our staff. Coach Ty Clark, of the Special Motion program and the TnT team died suddenly. I was in Costa Rica when I heard the news and though many miles separated us from home, both Steph and I were devastated.

Last week we had a funeral for Ty and were fortunate to spend a little time with his family and other friends to share our grief and our stories of Ty.  I was so pleased to see that so many Gymfinity kids showed up to the visitation and even follow to the cemetery where our friend Ty’s mortal remains were laid to rest. I was very proud of them, which sounds odd to say due to the circumstances, but they had a close bond with Ty and his passing was hard on them. My pride was in seeing them being  emotional and grieving. They are all so much more mature than we give them credit for.  There were several times that I was pretty overwhelmed during the funeral, service and burial. One time was looking at a young man, former nationally ranked team member. He was a very young child when he started with Ty (and us) and I looked at him, pretty grown up now, standing silently and with such respect. That is one thing I will always remember about that very hard day; the strength that Coach Ty imparted to so many. I can tell you that it touches me so deeply.

I was dismayed though by my own inability to cry. I was very emotional and cried (a lot) with hearing from Ty’s family, or during the moving songs that were sung, or looking at our team kids, in their warm ups, at the ceremony. But I couldn’t cry when I thought of Ty.

It’s because he was a man who so often made me smile. Every memory is one of laughing, or smiling or just appreciating the energy he had. There was a time once when I was on the phone and answering an e mail and jotting a note at the same time. Ty came into the office with such urgency that I put the call on hold and gave him my attention. He spoke with hushed voice, like he was trying to be somehow less of an interruption: “What kind of cat food do you guys feed your cats?” He asked. I lost it. Though I wanted to knock him out right then, I think about it now and actually laugh out loud.  The funny thing is that he knew immediately that I was flustered and he gave me a smile and waited for the response. He knew it was an odd question and that he disturbed my chaotic flow, but he must have figured “well I asked, I guess I should wait for an answer.”  Hilarious.

But the story that sums up Ty, to me the clearest was one he told to us at a staff meeting. At the end of every meeting we would share stories about “what went well” during the previous month. Some stories were funny, some were trivial but every one of them was inspirational. Ty usually closed each meeting with saying that (Gymfinity) “was the shit“. Meaning that we were the best. I guess you have to know Ty to appreciate the terminology, but it was always a high note to end on and it never seemed like a meeting could close without Ty’s unique “blessing”.  But at one particular meeting Ty told us of a little girl in his Special Populations (now Special Motion) class. She walked with crutches and had very low overall body muscle tone. At the beginning of the class, Her and her father called Ty over. The dad said that she had worked all summer on something that she wanted to show Ty. He inspired her, and showing Ty was her motivation. She dropped her crutches and took about 3 steps to Coach Ty’s waiting arms. He exploded. His joy filled the room and every person who witnessed it. As Ty told the story there was not one staff person who wasn’t crying. This little girl worked all summer, here and at home, to show Coach Ty that she could walk without crutches. That story fuelled every staff person for many meetings to come.  That energy, that motivation, that inspiration is, to me, what best describes our friend Ty. 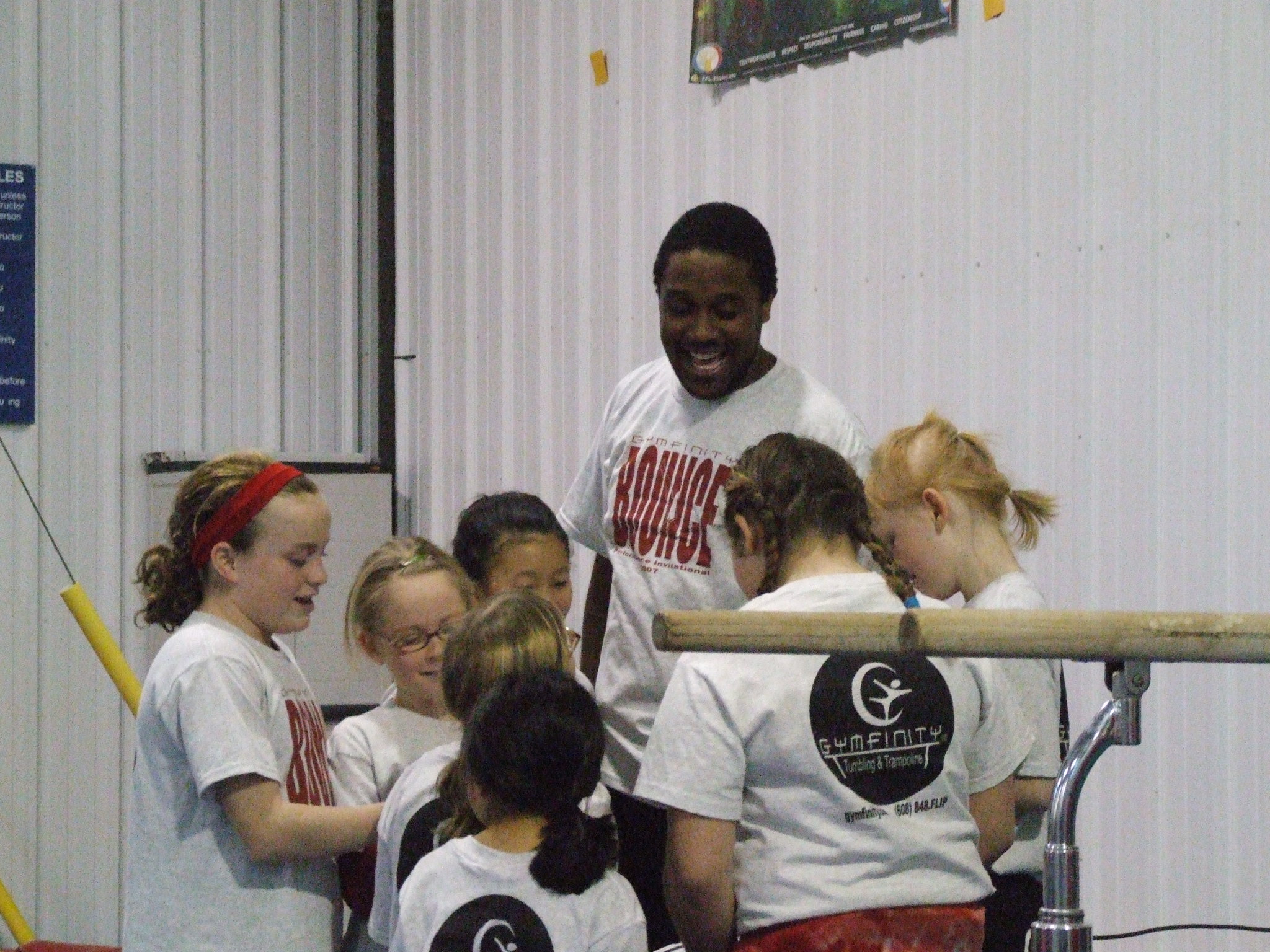 Ty changed the lives of so many children in our program, and touching us so briefly (he was only with us about 7 years) he changed each of us too. We are so grateful for having even the little time we had with him and being able to share his spirit.  Ty Clark leaves behind a son, Samuel.  The team families are establishing a fund for Samuel in the form of a savings bond. If you were one of the people who had the good fortune to know and work with Ty, as a staff member, team athlete, parent or friend we would be proud to have any donation you would like to make added to the value of the bond.  Please check at the front desk with any questions.

We will miss our good friend, but he will always live on in the strength and character of his team kids, the steps of every special child he worked with and in every happy memory of a great man.