So 2 weeks ago I was in Pennsylvania coaching at a really great gymnastics camp called Woodward. I had a chance to work alongside many experienced coaches that I had known through reputation and many young coaches coming up. I trained kids that I had never met, didn’t know their skills, their hang ups, their fears or their expectations; and conversely, they didn’t know me either. It was very rewarding and even energizing.

Many of the kids and staff at camp were wearing t-shirts printed with 2 clasped hands making what can best be described as a sunrise symbol, with 7 fingers outstretched. I learned that it was the brain child of a young coach named Sven. Turned out that as he grew up everyone called him Seven, because they couldn’t grasp the name Sven, (Clearly he didn’t grow up around here). But beyond the 7 finger symbol (seen below on camp coaches Sven (L) and Mikey (R) in a photo I stole off Sven’s Facebook page without asking….sorry Sven) he developed a philosophical system of achieving goals and maintaining happiness. Sven’s 7 step approach to achievement I guess you could say.

I am a pretty quiet guy and I usually sit back and soak in everything around me. I watched the young coaches and was so impressed with their energy and spirit. I also watched Sven after having a good, albeit short, conversation about his system. He embodied the system in everything he did. Thinking systematically kept him engaged and positive even when the rest of the coaches were fatigued and listless. Gymnasts, and kids in general, gravitate to the people who dole out the energy. Everyone in need of an energy fix will look to those folks who seem to have a little to spare. In Sven’s case it was energy to be sure, but it was something else as well. He was firmly rooted in a positive place that always saw the glass half full. It was good to be around.  I overheard him coaching a young girl at camp who fretted that maybe she “sucked” at gymnastics. He encouraged her by saying that she was too hard on herself and that she first has to believe in herself before she could have success. I’m paraphrasing of course but the message to her was clear. The girl dried up her watery eyes and went back at it. I saw her later at an open gym session and she was happy as can be because someone believed in her; someone beside herself. 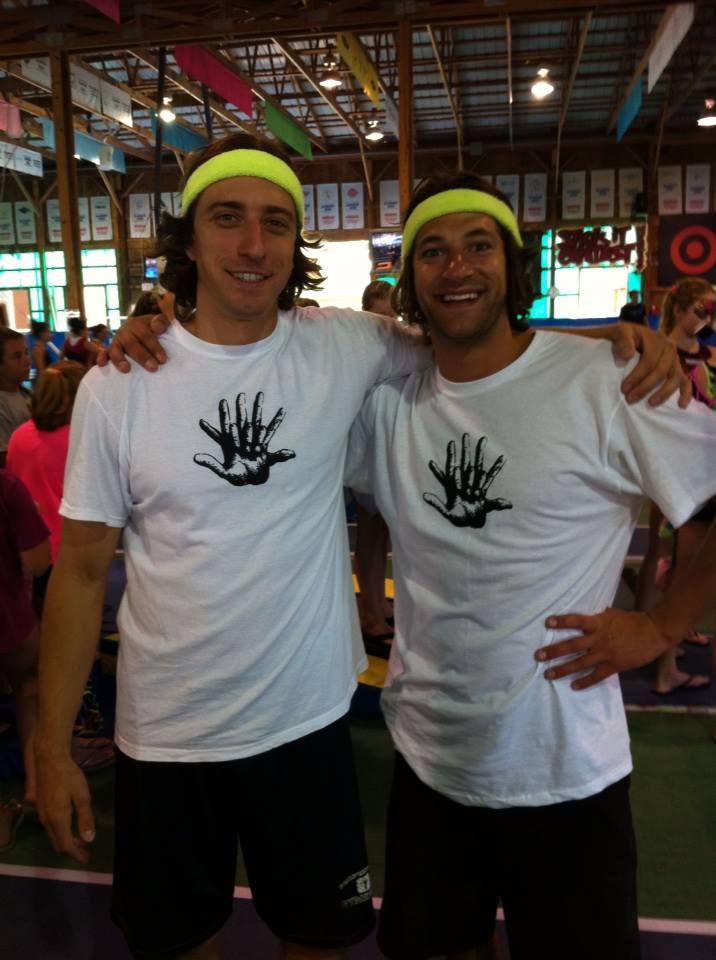 At a lecture on addressing fear, I sat by Sven and we were allowed to add our 2 cents into the presenter’s clinic to gymnasts. we advised on our methods for overcoming fear and frustration. I found that many of the comments Sven made were in alignment with what I have always taught and believed.

Young coaches are often filled with bravado, boldly claiming to be “great” coaches and they have a hard time admitting that maybe there is more to learn. They may be good, but the “great” only comes when they attain the wisdom that there is always more to learn, and that the child is more important than the skill they are trying to teach them. It’s encouraging to see young coaches who start from a place of holding that value philosophy before attempting to teach a complex skill. Again, another reason that I had a good camp experience.

So what is Sven’s system? It’s pretty easy and I’m sure that i won’t do it justice in my interpretation. But the beauty of it is in its simplicity.

Step 2: Say it – by verbalizing the dream we begin to see the dream as attainable and more real

Step 3: Think it – by committing your brain to focus on the dream, we take further steps to make it happen. What we think about becomes real. That is a fact.

Step 4: Do it –  covert your thinking and planning into action

Step 5: Praise it –  one of the hardest things for people to do is to give themselves positive feedback. Being able to say “I did it very well” is hard.

Step 6: Live it –  make it a habit and a part of your life. Repetition confirms action.

Step 7: Love it – appreciate the fruits of your labor and effort. This assigns value and will make it easier for us to repeat the 7 steps the next time we have a goal or a dream.

These steps are so easy and attainable. By using small bites or baby steps we can move ourselves to realizing a dream and it applies to life and gymnastics the same. Sven is a coach out east and I am so glad that his gymnasts have the benefit of his philosophy and positive message; they are guarenteed success. There are skills that they are learning from their coach that will last much longer than the skills of gymnastics. That, though, is why I love this sport. It’s so much more than flips and flops.

Sven is in the process of committing the system to paper and possibly publishing it. When he does you can bet that I will certainly make it available here at Gymfinity. Keep your eyes open for it.