A few weeks ago my wife and I took a mental health weekend, and traveled to Sedona Arizona. It was beautiful and relaxing, and the energy in that city was exactly what we needed at that time. While we were gone, Wisconsin experienced it’s first snow storm of the season. We came home from the desert mountains to a foot of snow and below zero windchill. While the plane circled the airport we could see the white snow on the ground 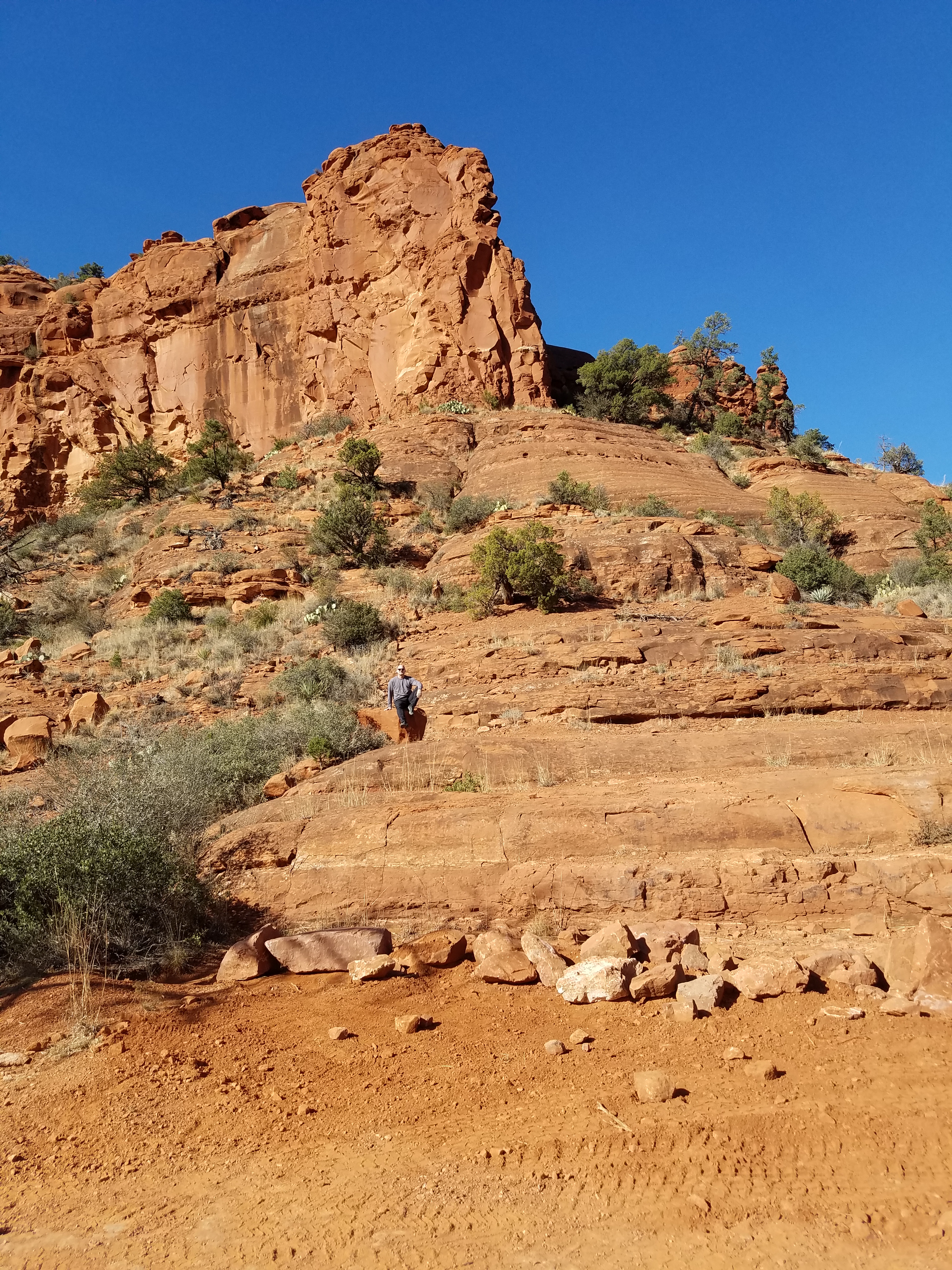 Yes that’s me on the rock….look close.

and I began to feel anxious. Then I remembered a Doctor Suess quote* from “Oh the Places You’ll Go” that really resonated. Suess said “Don’t cry because it’s over, smile because it happened.” and my anxiety slipped away.

I had just spent a few days in one of the most beautiful places in the world with my best friend, what better cause to smile? I got to thinking about life in general, and realizing the impact of the words on our lives. Having lost my father this year had struck me deeper than I ever imagined it would. My father and I were not very close being a child of divorce.** My relationship with him was borderline positive sometimes, until he became a Grandpa. I learned more about him and his life growing up, his time as a Milwaukee Police Officer, his time as a soldier, as a business owner, and simply as a man, in the last 12 years than I learned in my first 40 years.  I have posted before about my dad and some of my experiences (Doing it for the Cupcake: May 2015) but I was forced now, with him gone to reach inside and figure out how I felt.

Of course I was sad, I lost my father. Of course I mourned, I would never be able to speak (or argue politics) with him again. But I did find some comfort in the realization that I was very fortunate to get to know him. To see him as a Grandpa was a joy for me and my sons. To have him, in the middle of a political battle, say “yeah, you may be right.” was a big validation for me. I thought about my dad and I smiled.

I realized, circling the airport in the dark,  that it doesn’t have to be sadness when we reach a chapter’s end when, overall,  we appreciate the book.